Art and Culture of Hoshangabad

Hoshangabad city located in the Indian state of Madhya Pradesh is not as developed when compared to other cities of India but it has the potential to achieve the goals of development. With the advent of new technological advancements and proper network of communication modes it is soon going to emerged as one of the most prospered regions of Madhya Pardesh. One thing that people of Hoshangabad feels proud of is their culture and heritage. The city is well connected by roads and rails with its state capital Bhopal and other states of the country. It is also getting ahead in terms of development and has well preserved its art and culture.


Religion and Languages in Hoshangabad 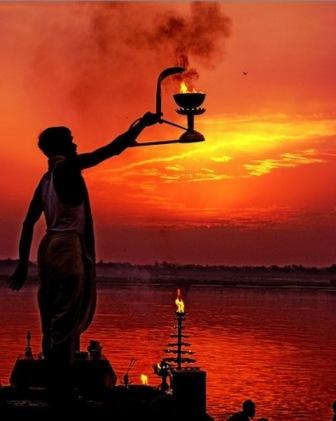 Hindi is the main language spoken in the city of Hoshangabad. Other languages include Bhunjia spoken by all the Bhunjia Adivasis in the district. Hindus constitute a major part of the population besides Muslims, Jains, Buddhists and other such religious groups. The city of Hoshangabad has religious significance due to the presence of the holy river Narmada. Pilgrims take sacred bath in this holy river on Makar Shankranti, Mahashivratri etc. At the village of Bandraban a holy fair takes place on the occasion of Kartik Purnima. Narmada Jayanti Mahotsav is celebrated each year in the month of February on the Sethani Ghat in Hoshangabad.

The rich cultural and traditional customs of the city of Hoshangabad are very vibrant and have got its own unique charm that attracts others to their culture. The traditional dances performed by the locals for worshipping figures of religious importance are the famous Kathi dance, Dandaras dance, Reena dance, Karma dance and many such wonderful folk dances, glorifying their rich cultural heritage.
Men can be found in Dhoti and Pyjamas. Wearing turbans on their head is a part of their tradition. Women wear lehnga, ghagra, sarees etc. They love and adore their culture and tradition. They never compromise it for the latest trends of modernity but, instead believe in the perfect unification of both traditionalism and modernity.

Life style of Hoshangabad is mix of both traditional and western culture. Though western culture has just started emerging in Hoshangabad among youngsters. Due to its rich heritage the city has amazing life styles full of traditions. This city in Madhya Pradesh is known for it rich traditional roots. Due to religious influence the city still practices traditional lifestyle. Women in the city can be seen wearing saris. They accessorize their wardrobe with matching jewelries and flaunt them on festive occasions. Young generation likes to wear salwar kameez on all festive occasions and also experiment with western dresses too sometimes.

Influence of Western Lifestyle in Hoshangabad 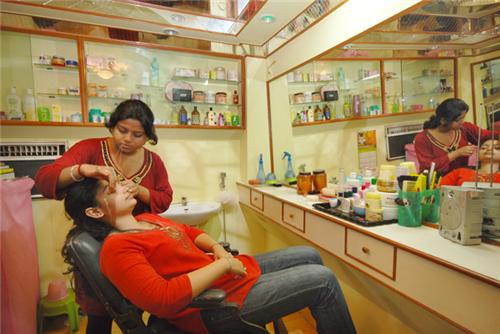 Even though people of Hoshangabad cherish their rich heritage and traditional culture, they have started to embrace western culture with open arms. The youth of the city have very well adapted to the western culture.Western culture is gaining popularity among the youth very fast. Many branded shopping markets; food chains have opened up in Hoshangabad.  There are many beauty parlors and spas too in Hoshangabad. The residents of Hoshangabad believe in grooming up and look their best. This spas and beauty parlor can be seen crowded during festive and marriage seasons.

Hoshangabad’s silk and leather handicrafts are quite popular. Women wear sarees and salwar kameez. The men can be seen wearing simple shirts and trousers. In the tribal communities people wear dhoti and kurta.The city is visited by a large number of pilgrims on Makarsankranti, Mahashivratri and Amavasyas to take a bath in the holy rivers of the Narmada river, flowing through the city.The people are quite religiously and culturally inclined. The life is quite laid back as compared to other cosmopolitan cities in the country. To conclude we may say that a beautiful city on the southern banks of River Narmada, Hoshangabad has a strong cultural and historical background and appreciates the various forms of fine arts.